How does Army Pay Work? 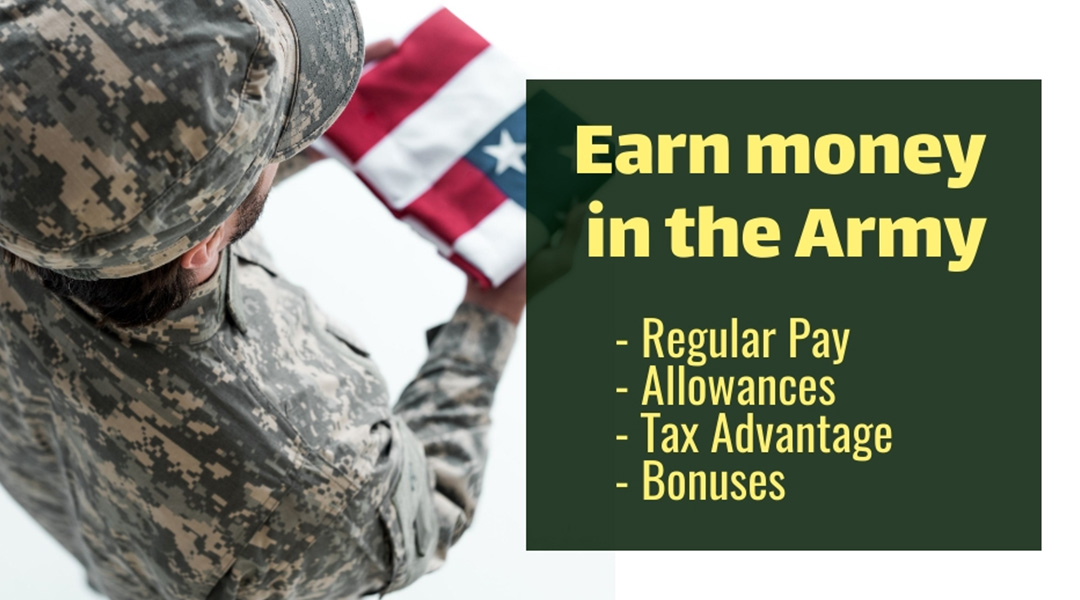 Compensation for military troops and officials is multifaceted and layered. Let’s break it down into the basics of how army pay works. For more information, the US Army has a website. Army pay is broken down into five broad categories: Regular Pay, Allowances, tax advantage, bonuses, and special incentives. How many would you qualify for?

Regular Pay is broken into three types. They are based on what the military personnel is doing and for how long. First, base or “basic” pay is for soldiers on active duty. The amount is calculated based on the rank of the military personnel and how many years they spent in the military. An E-1 who has spent less than two years would only receive $1,681 a month while his general (O-10) who’s served 30 years will receive $19,673 a month. These basic pay rates retallied every month. There is no overtime and it is paid out bi-weekly. These rates are calculated from the annual Employment Cost Index and can adjust these rates automatically. However, for more pay raises, Congress can approve and fund adjustments to the ECI.

Second, military reserves and the National Guard get “drill pay” instead. This is calculated similarly, but instead of per month, it is per drill periods served. One whole day’s base pay would be given per drill period. One weekend of drill duty is paid as four drill periods but is usually only done once a month. The same E-1 would earn $207 per weekend of the drill while the O-6 colonel with 20 plus service would earn $1,373 for the same.

Third, the military that is deployed or assigned to combat is given “combat pay” (or Imminent Danger Pay). All ranks receive $225 per month despite how much of that month they spend in the combat zone.

The enlisted military also receives Basic Allowance for Subsistence, which is $369.39 monthly for food. Army personnel living on the base, however, are fed through the dining facility called the chow hall. This food is deducted from the food allowance. Others (on-base family housing and off-base living) are given a food allowance and must use that for chow hall meals if they so choose.

When the military is separated from their dependents for more than a month due to assignment, training over 30 days, or deployment, they receive a family separation allowance for every month after the first 30 days. This is $250 for all ranks per month. If the dependents are allowed to accompany but the military benefactor declines, FSA is not owed.

For a low ranked military personnel that has many dependents, a “Family Subsistence Supplemental Allowance,” is offered. This could be as much as $1,100 per month.

Once a year, a clothing allowance is given to replace unserviceable or worn-out uniform items.

For the military that lives in the barracks but still pays child support to dependents, they receive “differential pay.” This allowance is calculated by taking the difference between the single and dependent transitional rates for housing. This could be anywhere from $168.60 to $319.80 per month.